There is a massive amount of content on the internet, but not every website is worth coming back to time and time again. These 9 sites I list below have helped me gain stability in my career, and continue to inspire me on a daily basis. I have used them to continue my education, find inspiration, and entertain me through my workday. This is a tribute to these fine companies and the ways I have found to use (and misuse) their services. 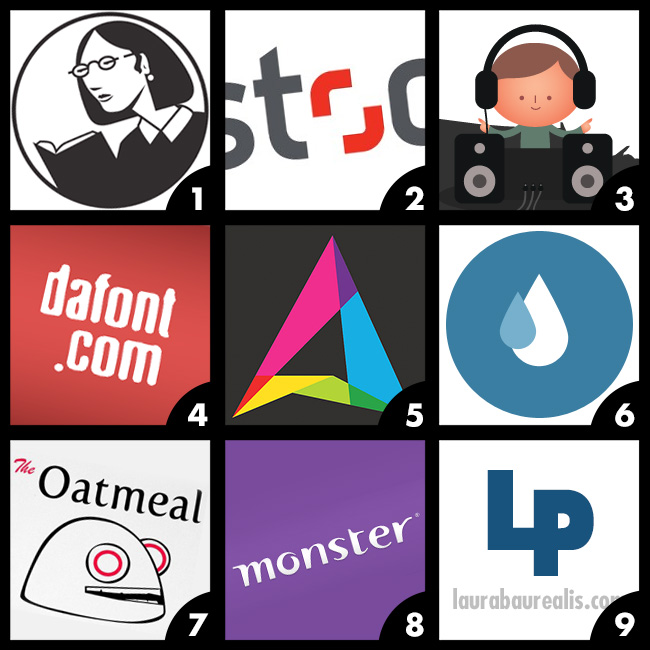 This one is a BIG one. It’s number 1 on here for a reason, and that’s because when I first graduated from University of Miami I came to the harsh realization that I had learned nothing. Yes, I played around with photography, light room printing, lithography, illustration, and poor layout designs that I look back on now and shudder. But did I learn how to code? Did I know the first thing about web design and framework construction? Not even remotely.

Thank goodness Lynda saved the day. I split the membership with my friend and used every penny to teach myself HTML, CSS, JavaScript, Actionscript 3, how to use Photoshop for web… just everything. When I contacted Acotel after my interview and requested a sample project to show them I was worthy of hire, they asked me to do a Flash banner advertising their phone services. After 5 days and 35 hours of tutorials I crafted something that was so impressive, they called me back the next day to make me an offer.

Some websites you use for more than what the company intends. Not only have I developed myself into a “graphic hacker” that takes vector images and tweaks them to suit the project I’m on, but I have also learned a great deal about constructing graphics from the people who upload the vectors in the first place. I’ve learned so much about Illustrator from playing around with Shutterstock vectors that I’m now able to make my own from scanned drawings and pictures. I also use it almost every day for my job, and have amassed a library of thousands of photos and vectors that I keep secured on a portable hard drive for whenever I need it.

It’s also an inspiration engine, helping me to browse the limitless possibilities when searching for a place to begin a web design or logo creation. The most difficult thing about navigating Shutterstock? Putting your graphic desires into actual words for search.

In the beginning, there was Pandora. I fondly remember my first winter up north, working for Saga Electronics and bookmarking every other song on my Rusko playlist. But then they “evolved”, removed the bookmarking function, and (despite my attempts to sway the algorithm otherwise) started playing the same 10 songs over and over again. I became frustrated and my working day felt longer than it needed to.

After starting my job in interactive design at Acotel, my project manager Vitaliy (the king of finding these kinds of awesome startups) introduced me to this gem.

It’s a music-playing chat room, where you can listen to tracks played by people all over the country. It sounds like it could be a huge distraction, and without self-control, it is. You can go into one of several themed rooms, listen to other people play the latest music, and actually give them feedback on what the room likes, dislikes, and has heard entirely too often. The result is a fantastic mix of chill morning music, energetic afternoon beats, the occasional “troll” round (i.e. only Will Smith remixes), and the ability to actually “lame” a song off the playlist.

Unfortunately Turntable.fm is now defunct, but it had a good 4-year run. I collected so much music as a result of finding new stuff on Turntable that I owe a great deal of my workplace satisfaction in the past year and a half to this one website. Did I mention that David & I have hosted real-world Turntable meetups to go to concerts?

Tons of free fonts listed in several categories. Can get silly at times, so I’ve since turned to several other sources (including *gasp* actually paying for worthy fonts), but while I was first tossing together logos and building my portfolio, this site was invaluable.

Fantastic tutorials, daily inspiration from artists & designers all over the world, free wallpaper & texture packages, and posts spanning a huge variety of themes, from architecture to typography (and everything in between!). Their photoshop tutorials in particular I found myself flying through, since they are some of the more advanced I’ve seen. The format allows you to work and read simultaneously, instead of the Lynda format which requires you to watch a movie, making flipping back to previous steps a lot harder than simply scrolling up.

For web tutorials and source code, this site is the first place I go. Part web / tech news blog and part tutorial archive, the contributors to this site manage to condense the most difficult parts of jQuery & JavaScript and spell it out in a way that a lowly designer such as myself can understand. And for when you get completely lost and just want to play around with the sample’s code, you have the option to download the source. Codrops: helping aspiring web programmers dissect complicated blocks of code since 2010!

I was partly inspired to pick up vector comic illustration thanks to Matthew Inman, aka “The Oatmeal” guy. This simplistic yet visually attractive style, coupled with LOL content and skillful web coding makes this guy my design idol. His comics range from the pointedly profound (How to Suck at Religion) to the delightfully silly (My Dog: The Paradox). He also tackles issues that hit home to all designers, and convey them so hilariously that even the most depressing client interaction is given a witty, sarcastic twist (How a Web Design Goes Straight to Hell). That one I go back to a lot.

My favorite job posting site. I applied to 20 jobs, sent out 20 resumes, and got 5 actual, real, email responses. 1 of them never responded to my follow-up, 2 of them gave me a sample project right off the bat, the other 2 called me in for interviews. 1 of the interviews landed me the job I am currently occupying, while the other interview actually DID contact me for a follow up, but was located in NJ. And 1 year of NJ was enough NJ. I used 5 other websites and never heard back from any of those postings (I replied to 20 postings at each). The entire process from apply to secure was 5 weeks. Not bad at all.

The initial version of my website took me 2 weeks to design and program. It was a challenge but a necessary one, since almost all the jobs I applied to required online portfolios. Now it’s looking a lot better and I enjoy using it as a guinea pig to test web technologies (without angering a client). I love looking back to the first portfolio site I constructed in Flash the year I got my Mac & tablet. It is a delightful abomination that thank goodness never found its way online. I’m fairly certain that the website will never be completely “done”, and will continue to evolve as I do.

Which websites have helped you shape YOUR career? I bet you can think of at least 2! 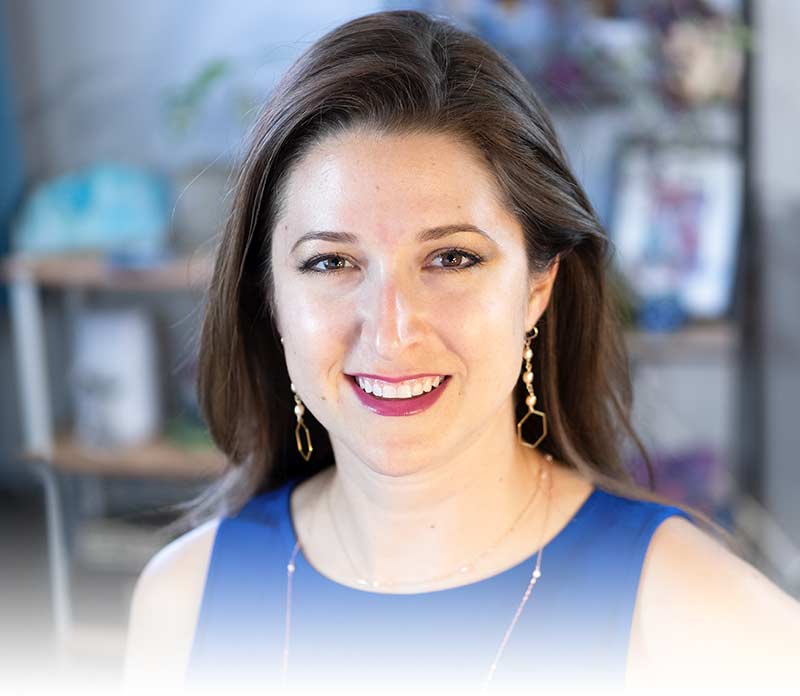 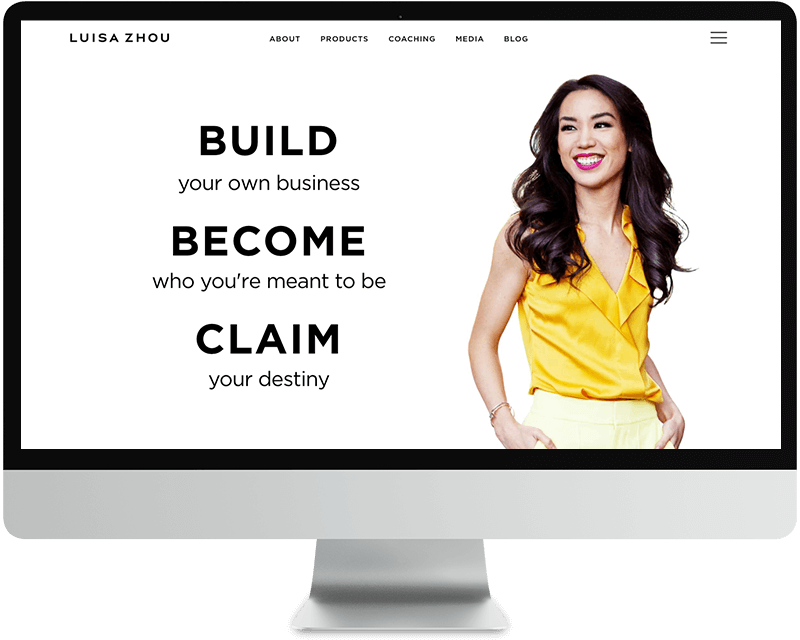 Ready to WOW your website visitors & take your business to the next level?

Proudly based in Jersey City, NJ and Brooklyn, NY